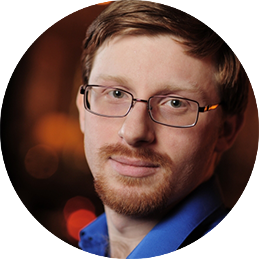 "The Mythical Man-month" is one of the seminal books in the field of software project management. It was written in 1975, based on experience from the 1960s. Is it even still relevant?

Turns out, it is. Technology may have changed dramatically but people have not. Managing software projects is about managing people, not bits, and creative people engaged in intellectual endeavors are notoriously hard to predict and manage (just ask my project manager).

Fortunately, many of the lessons-learned Brooks' presents are still relevant today. Some are directly applicable ("adding people to a late project makes it later") while others are valid with a little interpretation. Still, others fly in the face of conventional wisdom. What can we learn from that?

This session will present a modern overview of the ideas presented by Brooks and a look at what we can still learn from them even today. Although not Drupal specific, we will keep an eye toward Drupal and Open Source along the way.

Larry Garfield has been building web sites since he was a sophomore in high school, which is longer ago than he'd like to admit. He spent time as a freelance web developer and journalist before settling in as a Drupal developer for the past decade. After 10 years with Palantir.net he recently moved to Platform.sh.

Larry is an active Drupal core contributor, including the principle architect of the Drupal 7 database system and the Drupal 8 Web Services Lead. He is also the Drupal representative to the PHP Framework Interoperability Group. Larry holds a Master’s degree in Computer Science from DePaul University.

Larry is a co-author of "Drupal 7 Module Development" from Packt Publishing, and has also been published in Drupal Watchdog and php[architect]. He blogs occasionally at http://www.garfieldtech.com/.